Marrying a Chartered Accountant (Humorous One)

When I told my mom that I wanted a professional woman as my wife, she got me one; a Chartered Accountant. She uses LIFO method while taking out the refrigerated food. Fine with me, for now she handles the budget of the house. Initially she used to send me a bill at the month end, but when I told her that I am not her client but her husband, she asks for the money in advance. The expenses had been rising steadily over the months, so one day I snooped into the papers maintained in a current file. No wonder! She was charging conveyance and overtime to the house budget. She is crazy, I tell her but she corrects me. "No my darling, I am the auditor." I fail to see the light. Every scrap of the paper in our house is filed. She tells me as per some Ordinance she must keep a copy of every thing for at least ten years before destroying it. I am worried. The other day we had an hour-long fight. Later, I got to know that she had charged that hour to a client of hers, in the time sheet. My time was put down as unoccupied. She says that she loves me and I tell her that I love her too. However, she never believes me. She says that there is susceptibility of it being a misstatement. Duh! She wants my representation on this & Expert opinion of some Expert! Not a long time back my brother's wedding was to be solemnized. Wedding cards had been sent. After some time I started receiving a steady trickle of letters. I was puzzled until my wife explained that external evidence was more reliable. She had called for confirmations from all those to whom cards were sent. When she cooks, my wife at times does not go by recipe. Where the recipe says add half-teaspoon vinegar, one tsp black salt or one teacup of water, she ignores them. She says that they are not material when taken in context of whole meal being prepared. She is crazy, I tell you. Surprisingly everybody calls her an auditor, instead. I checked the dictionary and it did not state that auditor is a synonym for crazy. The dictionary must be outdated. When we got married, she had given me an Engagement Letter and I Had said how cute-how sweet.Now she gives it to me every year saying that her standards state that it must be sent anew if there is any indication that I have misunderstood the objective and scope of engagement.. Huh! Apart from sending me the engagement letter once again she says I can't get rid off her just like that. She says that she has the right of being heard before I appoint some one else. It seems I must keep reading one local and another English newspaper published and circulated in the vicinity of our house for more details. Phew! For a minute, I thought that we had jeopardized our going concern status. Duh! Dare I say so?? I am told by one of my female colleagues who is married to a CA that the scenario is even worse when the guy is a CA. Apparently he capitalised the wedding expenses as preliminary expenses and is writing it off every year. Also the time he spent dating his wife before marrying her is still under consideration for valuation under AS-26...valuation of intangible assets. Should u really marry a CA? And yes please discount it by the appropriate rate to arrive at the present value of the risk of doing so !!!

THOUGH I AM AN ACA U SHOULD THINK THAT THE TIME U READ THIS, IS A VALUE ADDITION TO YOUR THINKING AND AND THE SAME SHOULD BE TAXED UNDER VAT 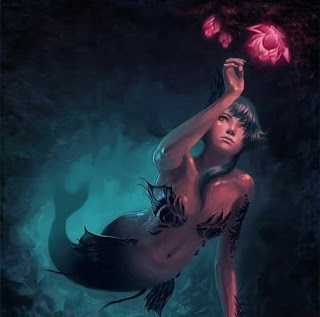